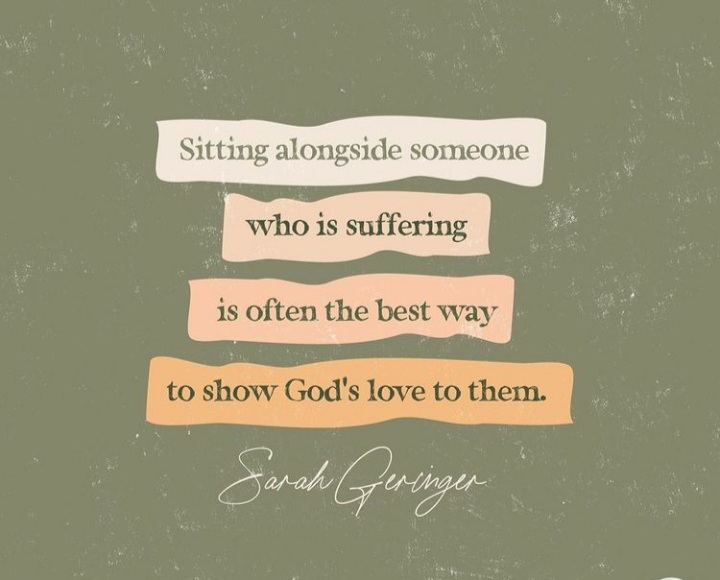 God days used to be a staple of mine when I was single. I would suddenly feel led to declare a particular day as a ‘God day’ – a day in which I allowed God to do whatever HE wanted. No plans, no nothing. Just an open day for God to lead and guide however He so willed. I am pretty sure that this is everyday for my leaders, which is admirable! And I guess that is perhaps what God is working towards in me because ‘God days’ are always awesome!!! Imagine having that everyday?

On Tuesday night I had fallen asleep and suddenly woke up to use the bathroom. But in my mind there was this keen realization that I was not doing enough. It was as if God was showing me that I wasn’t pushing enough or working hard enough toward HIS plans. I suddenly felt as if I was missing the mark again and I needed to fix it. And just like that I remembered ‘God days’. I don’t think I have been able to do one since I got married! Life has just been whizzing by, its so crazy hectic sometimes. So just like that I decided, “Tomorrow is going to be a God day. You can do whatever you want God, even though I will be going to the office. I am not making any plans despite my job having certain expectations of me. Tomorrow is a God day”.

And that was that.

Well, on Wednesday (4th August) I woke up excited for my first ‘God day’ in a while. I got off the bed and went to do devotion. Now as I said, ‘God days’ go completely unplanned and completely led by the Holy Spirit. So I lay on my desk waiting to see what God wanted me to read or do. I began talking to him and just opened my Bible to a random page, lay down on it and continued talking to Him (I was still kind of sleepy lol). Then I looked up to see what scripture I was lying down on – it was Psalm 98 and 99. I started reading 99 first and it was nice but then I read 98 and it began to feed my soul! It is a Psalm entitled ‘The Lord Reigns’ and I came to realize that this was the inspiration for an old song that we used to sing in church.

It really blessed me to read the entire Psalm and right there I knew ‘Yup this was what God wanted me to read’. The Word of God is living and active people! It’s alive and can feed your soul. I made up my mind that morning to rejoice in the Lord. ‘The mountains melt like wax before the Lord‘, our God is mighty I say! ‘Fire goes before him and burns up his adversaries all around‘, don’t you be afraid!

So, that is how my day started lol. ‘God days’ I tell ya.

I am working on a project at my job so when I got there, I organized my breakfast quickly so that I could eat before the rush of the day started. Then my co-worker asked if she could join me in the project area to see what I was working on. She is relatively new and had never been there before so I said sure. After breakfast I headed down there and she came down a little while after. We started casually chatting about past jobs and assignments and then …………..God happened. She started opening up to me about some stuff going on in her life and I began to share my own life experiences which were somehow very similar to hers! It was so crazy how this whole thing happened but God began to use my past hurts and struggles to reach this girl and then He used the powerful testimony of how He brought me through it all and healed me to help her see how much she needed Him. Words were just coming out of my mouth! “Don’t ever feel as if you are too far from God” I said. “That is exactly how I have been feeling!” she exclaimed. Wow.

After she left, I began to cry at the awesome love of God. God used me to speak to her because He loves her and wanted to help her reach Him. Which is the same thing He had done for me. He used my leaders to show me how much I needed Him – His love and His forgiveness and His healing power. GOD LOVES US!!! More than we know. And we as Christians are to show His love to others.

I had gotten so caught up with work and this project that I had forgotten that God has work for me to do too – much more important work that He has the ability to guide me through even during the busy pace and requirements of my job. Right in the midst of it He can reach somebody. But I had to let Him. What a humbling lesson.

Tomorrow, I have to go back to the office again and although I feel pretty exhausted, I will go with an open mind and an open heart. He wants me to go and His will is way more important than how I feel physically or emotionally. His plan is greater than mine or this establishment’s. I just need to let Him have His way more often……till it becomes a natural part of every single day.

Have a blessed week everyone! And continue to pursue letting God into your every day circumstances ❤.